Won Grammy for Album of the Year as a producer on Celine Dion’s “Falling In to You.”


Jeff has appeared on over 300 Gold and Multi-Platinum Selling albums.

40+ Years in the Industry

Among the impressive roster of artists who have enlisted Jeff’s help are Katy Perry, Michael Jackson, Billy Joel, Tina Turner, The Bee Gee’s, and many more. 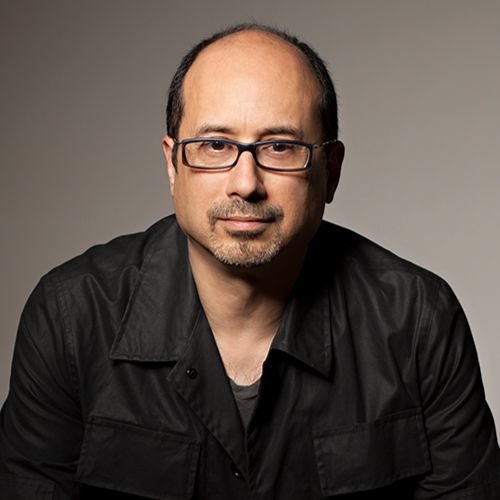 Jeff Bova is a Grammy Award-winning producer, arranger, and musician with hundreds of platinum and gold-selling records to his name. He won his Grammy for Album of the Year as a producer on Celine Dion’s, Falling Into You.

Jeff continues to produce, arrange and collaborate with new and exciting young artists. Inspired by his role in the ever-changing music business, he looks forward to more opportunities for creativity and collaboration.

Falling Into You Album / Producer
These Are Special Times / Programming
The Essential Celine Dion / Keyboard
The Collection: Let’s Talk About Love / Producer
+ more

HIStory: Past, Present and Future, Book I / Synthesizer Programming
I’m Alive / Keyboards
Right Where You Want Me / Programming
+ more

There’s a far more extensive list over on SoundBetter.com.
I invite you to pop over and take a look.

Q: How did you get started?

A: I began as a touring musician, which led to session musician, programming and arranging for major artists. From there the next step was producing. I went to both Berklee School of Music and Manhattan School of music. I also studied composition and arranging at Manhattan as well as privately. I learned production from the legendary producers, engineers and artists I have worked with.

Q: What makes a great producer?

A: The ability to inspire the best from an Artist creatively and as a performer. Create a recording that not only reflects the artists vision but is unique, relevant and marketable.

Q: You’ve worked with everyone from Michael Jackson to Celine Dion. How have these partnerships come about?

A: It has always been about relationships and word of mouth. Being someone who listens, is creative, contributes it generously to every project, professional and easy to work with.

Q: What’s one of your most unique qualities as a record producer?

A: Because I have played almost every genre of music as a session musician, I have a deep understanding from the ground up what makes a song and track come to life. Here’s an very unique quality: I’m a certified Core energetics practitioner. This training allows me to help artists uplevel their creative and performance energy in very powerful ways. It also helps them free up creative and performance blocks if they encounter them while recording.

Q: What do you think of modern production?

A: There are those who aspire to excellence in everything they do. They use the best of what is offered in todays technology and tools as well as tried and true recording and production techniques to create the best recordings. They also know that the song is what drives the best production, whether it’s a club anthem or song that touches the deepest places in peoples hearts. This is what I and the professionals I surround myself with aspire to. I notice this in most successful productions.

Whatever one feels about modern production techniques, if it is engaging and captures a moment in time I’m all for it. I learn something new every time a new artist or producer brings something that engages me. Doesn’t matter if it’s acoustic, electronic or a combo. Great music touches the heart, inspires the soul, makes you want to move and changes the world we live in.

Q: What advice would you give to somebody who is just starting out?

A: Be ready and willing to do the work you need to do to be your best. It does not happen overnight.Surround yourself with mentors and teachers who will help you excel at all aspects of your talent. Be a perpetual student of everything you do including life. As an artist you reflect this back to you audience.

A: To bring out the true potential of an artist and their music.

Q: What type of music do you usually work on?

A: I’ve had my largest successes with Pop, Indie pop, singer-songwriter, and rock. I also get great pleasure working on electronic, world and underground music.

Q: Which artist would you like to work with and why?

A: There are many but recently my faves are The Weeknd, because his production and music is sonically so creative. Adele and Ed Sheeran, great vocalists and songwriters. Joan as Policewoman, because she is so creative and brave as an artist. Die Antwoord, because that would be one of the most unforgettable experiences to learn how their brains work. Bruno Mars, whose talent and impact on modern R&B, and Funk is leading the next generation carrying this great music into the future.

Q: What was your career path? How long have you been doing this?

A: I’ve doing this 35 years, started as a touring musician with Herbie Hancock, which evolved into becoming a first call session musician in New York. Arranging, then production followed leading to me winning a Grammy Award as a producer for album of the year.

Q: If you were on a desert island and could take just 5 pieces of gear, what would they be?

Q: What questions do you ask prospective clients?

A: For new artists: How long have you been doing this? Do you perform live on a regular basis? Have you had any formal training or studies? Have or were you involved in music throughout school? Do you have the support of your family and friends to do this? For established artists commercially successful or not: What is it you want to achieve creatively with this next song or album? How can I best support what you envision for yourselves? What have you learned from your past experiences releasing albums that you want to address on this project?

Q: What questions do customers most commonly ask you? What's your answer?

A: I want to release my first EP, and don’t know how to go about doing it, can you help? Yes and I can introduce you to others who can help with the other aspects of doing a release including distribution and promotion. Do you co-write with your artists. Yes I do, if the artist and I feel a collaboration would be beneficial and an addition to the album or EP. Are you the right producer for my music? You must listen to my work to see if it is closely aligned with your style, vision or what you aspire to be. On my part, I will listen carefully to your work let you know if I feel a connection to you as an artist, and your music. I consider carefully and honestly if I can deliver for you. An example; I don’t do traditional country music, I would refer you or tell you to find to someone who is intimately involved in the genre to deliver the kind of recording you need. It would not be in integrity to produce a music that I don’t live.

Q: Analog or digital and why?

A: Both. The sound quality and feel of analog if appropriate for conveying the music. For digital the convenience, speed and ever evolving soundbending techniques that pushes the limits of technology.

Q: What are you working on at the moment?

A: I am producing several promising artists for submission to major labels. I am also recording EP’s for new artists who have hired me to develop them. I am always doing session keyboards, arranging as well.

Q: What's your 'promise' to your clients?

A: You will have a powerful experience being both supported and pushing your own limits as an artist or musician and be able to call what we do together, “My best work to date!” I will provide you with the best musicians and talent to complement your music that your budget will allow.

Q: What do you like most about your job?

A: Creating music that makes a difference in the world and interacting with diverse artists and talent.

Q: What advice do you have for a customer looking to hire a provider like you?

A: As a producer: Know that you must be committed and serious about working hard. As a musician/arranger/orchestrator: be clear what you need. Provide me with well organized sessions to allow me to focus on your music.

Q: How would you describe your style?

A: Mainstream meets underground. I like to merge the qualities that reach a large audience with the creativity that knows no boundaries which underground music brings. I do however insure the music supports the artists vision. I make sure the song comes first.

Q: What's the biggest misconception about what you do?

A: A producer is more than someone who just helps create music. A producer supports and nurtures talent to perform and write their very very best.

Q: Tell us about a project you worked on you are especially proud of and why. What was your role?

A: I have so many that I could name. Recently I did orchestration on Iron Maidens epic new album “The Book of Souls” They are an iconic band. I had to orchestrate an epic 18 minute song. Keeping it compelling and driving the emotion and action of the songs rich story. I have recently produced some up and coming artists I am very proud of. It would not be fair to others I have worked with to single particular ones out. I want to see all my artists become as successful as they can. Some are further along than others, but all are doing what they love and I want to support everyone fulfilling their passion and dream.

“Great music touches the heart, inspires the soul, makes you want to move and changes the world we live in” -Jeff Bova